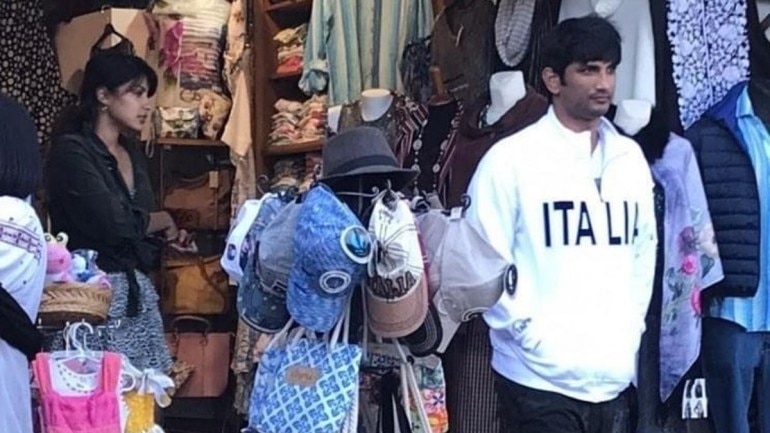 Rhea Chakraborty and Sushant Singh Rajput are holidaying in Italy.

Sushant Singh Rajput and Rhea Chakraborty might maintain they are single but their public appearances and secret holidays have a different story to tell. The rumoured lovebirds have been painting Europe red these days. Though the two have been careful to not post pictures together, their location tags gave away their secret.

Sushant and Rhea, who were earlier chilling in Paris, have now moved to Italy. Pictures of them shopping in Capri, Italy have surfaced on social media.

In the photos, Sushant Singh Rajput can be seen coming out of a shop as Rhea Chakraborty follows him.

Talking about his ideal woman, Sushant Singh Rajput said at India Today Mind Rocks Delhi 2019, “I think passions milne chahiye. There are two things that are largely important in a relationship – you want to understand and want to be understood. If you can find such a person, then that relationship can work for years.”

While Rhea and Sushant are being constantly spotted together lately, the Chhichhore actor said that he is single. “I am single. I am not in a relationship,” he said at Mind Rocks 2019.

Earlier, Rhea and Sushant posted pictures and videos from Paris.

It was in May that rumours of Sushant Singh Rajput dating the Jalebi actress, Rhea Chakraborty spread like wildfire. And soon the rumoured couple took off to Ladakh for a trip.

And now Sushant and Rhea are holidaying together in Europe.