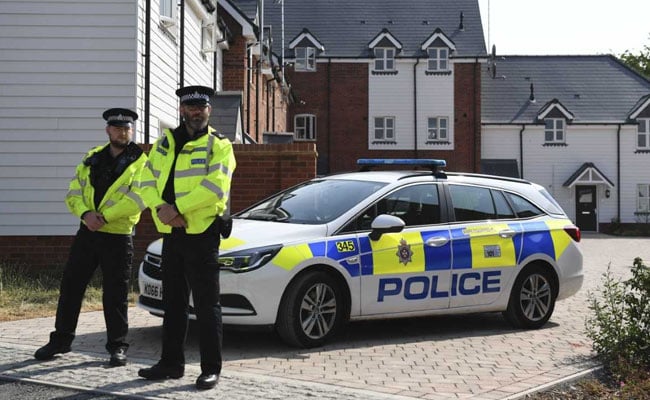 When Charlie Rowley found a sealed box containing a bottle of perfume on the ground in the southern English town of Amesbury, he figured it would make a great gift for his girlfriend of two years, Dawn Sturgess. He gave it to her on June 30, never imagining that the bottle was filled with a poisonous nerve agent called Novichok, a Russian-made chemical weapon the country reserves for some of its deadliest attacks.

Rowley, one of only four people in the world known to have survived Novichok poisoning, spoke in an exclusive interview with Britain’s ITV television channel on Tuesday and described the ordeal. According to Rowley, he found the small box still sealed and later removed the bottle from a cellophane wrapper to put a pump dispenser on it. In doing so, he got some liquid on his hands.

“I washed it off and I didn’t think anything of it,” he said. “It all happened so quick.”

Sturgess, his girlfriend, was not so lucky. Rowley said she sprayed some of the liquid on her wrists and rubbed them together. Within 15 minutes she told Rowley she had a headache, and then went to draw a bath. Rowley said he found her clothed in the bath in a “very ill state.” Sturgess died just over a week later, on July 8.

The incident came roughly four months after former Russian spy Sergei Skripal and his daughter, Yulia, were hospitalized due to Novichok exposure in Salisbury, a city eight miles away from Amesbury. Skripal and his daughter were found slumped and unresponsive on a park bench; investigators believe Novichok had been smeared on the doorknob of their house. The British government has said Russia is responsible for the attack. Both Yulia and her father have since been released from the hospital.

British police have said there’s no reason to believe Rowley and Sturgess were directly targeted. But, according to the Guardian, British intelligence officials are operating under the assumption that the Skripal poisoning is still directly linked to the poisonings of Rowley and Sturgess. “Experts from the top secret research facility at Porton Down in Wiltshire are trying to establish if the novichok was from the same batch,” the Guardian wrote.

Meanwhile, while Rowley is out of the hospital and on the mend, he says he doesn’t feel lucky to be alive.